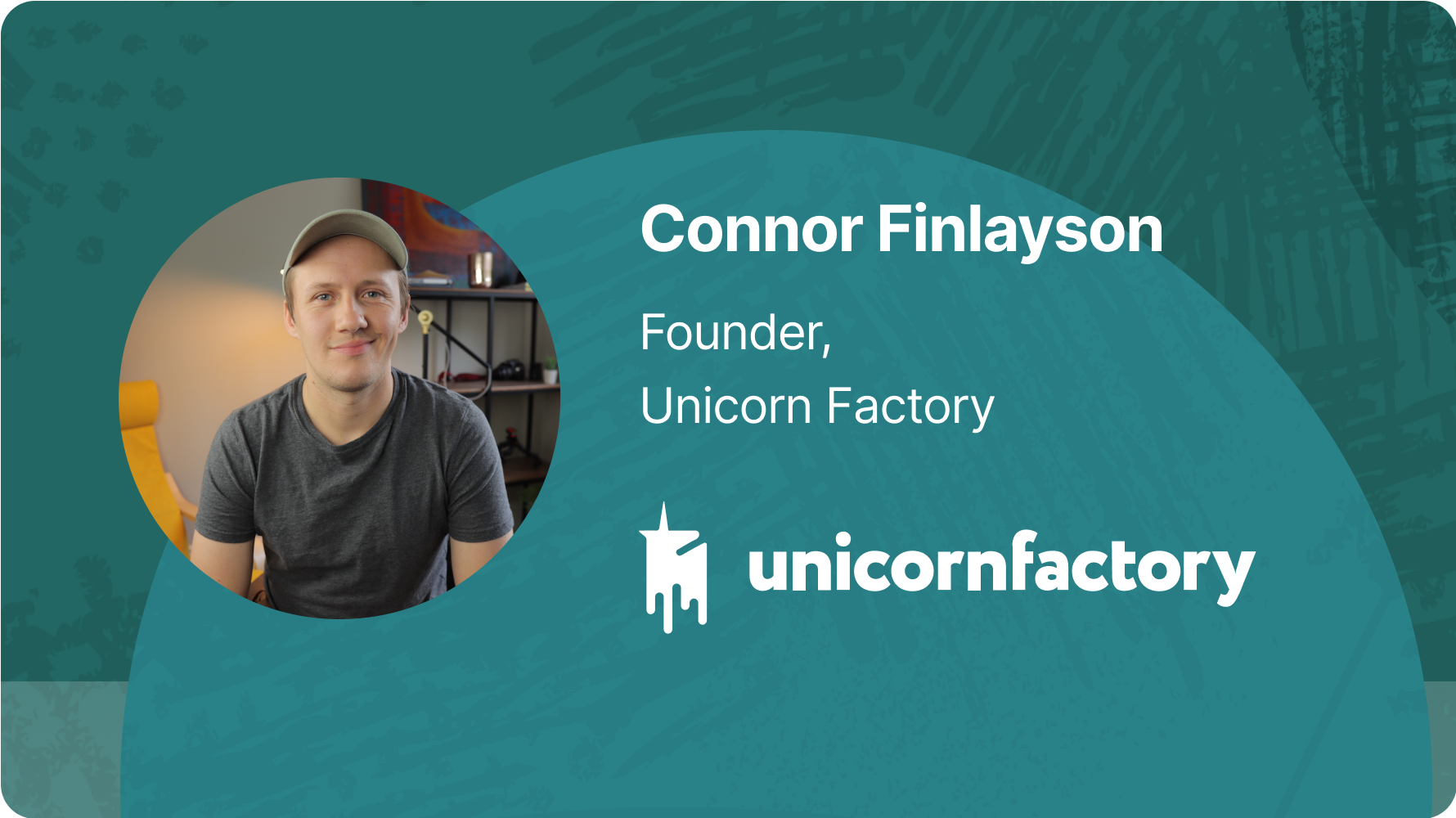 Connor Finalyson is a freelance digital marketer based in New Zealand. He is also a nocode enthusiast who has built something pretty incredible using no code. Connor founded Unicorn Factory which is an online marketplace where you can find, hire and collaborate with Kiwi freelancers. There are more than 300 freelancers in the marketplace and over 750 different businesses have hired freelancers from this platform.

“When I got started in the freelancing world in New Zealand, we were always competing against the bigger agencies. In order to increase my chances of getting jobs, I decided to create Unicorn Factory as a directory of Kiwi freelancers.”

Before discovering Parabola, Connor did his best to do this manually. He would try to randomly sort the freelancer profiles that displayed on the home page. This was a lot easier in the early days of Unicorn Factory, but as the number of freelancers on the platform quickly grew, Connor’s manual workaround became near impossible to maintain.

“The time I spent manually sorting the freelancer profiles for the home page was one problem. But another, even harder problem for me was not really knowing the best way to circulate the profiles on the home page in an unbiased way. I did my best to be fair, but it’s actually really hard to be random and fair when you’re doing it so manually.”

Connor always had a vague idea of solving this with Google Analytics pageview data, but he lacked the technical ability to know how to connect and use the Google Analytics data to rank the Webflow collections for the homepage.

Connor fatefully came across Aron Korenblit’s tutorial on how to feature your most popular Webflow blog posts using Google Analytics data. Thanks to Aron, Connor finally had the tool and the guidance to build his solution for Unicorn Factory.

Connor uses Parabola to pull pageview data from Google Analytics to know how many pageviews a freelancer profile has gotten in the last 30 days.

“There was a bit of a learning curve, but Aron’s tutorial helped tremendously. Parabola’s Google Analytics step allowed me to import pageview data really easily.”

Through his experience building Unicorn Factory, Connor has become well-versed in the nocode technical stack. Unicorn Factory is built with no code using Webflow, Zapier, Memberstack, Airtable, and of course Parabola. It might seem like a lot of different tools, but each of them offer a different, important solution for Connor.

“All the things I do with Parabola is impossible with Zapier. I rely on Zapier for action-based things. I rely on Parabola for updating large data sets.”

When Connor finished this flow, he scheduled his Parabola flow to run automatically once a week. Every time the flow runs, the pageview data is automatically sent to Webflow which updates the ranking order of freelancer profiles. His homepage is updated and all freelancers on Unicorn Factory get fair visibility on the marketplace. This critical process now occurs without any manual intervention by Connor.

“The data manipulation I can do on my marketplace with Parabola has saved me so much time.”

What gives Connor a greater sense of peace, however, is that he was able to find a fair, transparent solution that gives all freelancers on his platform equal visibility.

“I want to get as much work for as many freelancers as possible. I want to give them all equal opportunity on Unicorn Factory. Parabola was the tool I needed to solve this important problem.”

If you want to learn directly from Connor about his Parabola flow, watch his video tutorial here.

Of course, if you’re a freelancer based in New Zealand or a business looking for freelancers in New Zealand, be sure check out Unicorn Factory. You can also get in touch with Connor on Twitter.

And get a 14-day trial of Parabola Premium.
Sign up