Reid is actually one of Parabola's first customers and has been a Parabola user for a very long time. He's seen Parabola evolve and improve over the years, and was thrilled to learn about the deeper investments we are making to better support Shopify and e-commerce customers.

"I'm not a developer, so it took a bit of time to get the Shopify API working in Parabola. When the Parabola team told me that they developed a new Shopify integration that took the headache out of this, I was super excited."

He originally found Parabola when he needed a solution that would help automate the manual work he was doing for some custom analytics reports. Before discovering Parabola, he was manually composing an important daily report on brand marketing spend. This report used to take a lot of his time everyday to put together. He was manually downloading, cleaning, and reformatting the data to get it into a presentable format.

He was able to replicate and replace his manual processes with a combination of various Parabola steps that pulls in data automatically from Google Analytics, mixes it with data from an existing Google Sheet, cleans it, formats it, and exports that cleaned data to a Google Sheet. This custom reporting flow that he built a couple of years ago still runs daily today.

After Reid was able to automate this daily custom reporting job, Parabola quickly became another crucial tool in his team's toolbox.

"I'm just a marketer and I love the empowerment that Parabola provides me to be able to work with data without having to involve IT or Dev Ops."

He was able to complete the migration in batches using Parabola. After importing their product data from Magento, it took a lot of transform steps to map and get that data into the format that Shopify required. Once that was complete, he was able to export the transformed product data out of Parabola and into Shopify in bulk.

He and his team have now built many flows on Parabola to accomplish several different data tasks. Some of his flows run regularly on a schedule for reporting purposes. Other flows are reserved for seasonal updates that his team needs to perform in Shopify, such as uploading new products, updating product images across variants, and creating product siblings. Reid also creates Parabola flows for ad hoc data analyses.

"I'm at the point where I think, 'I know how to do this way faster in Parabola than in Excel'. Even if I'm doing some analysis that's ad hoc, I frequently turn to accomplish it in Parabola. When people tell me they're spending a lot of time generating reports, I tell them there's a faster way to do it in Parabola."

Volcom is an apparel & fashion company founded in 1991 and headquartered in Costa Mesa, Caifornia. Inspired by creative spirit, Volcom creates products for the persistent who are true to their passions. Find a retail store near you or shop online with them here.

Sachi Yokose
Head of Customer Success at Parabola
Guides
Plan better with automated inventory forecasting
Inventory forecasting isn’t easy, but Parabola makes this often-complicated process repeatable, understandable, and automate-able. Read more to learn about Inventory Forecasting, and to see a breakdown of a Parabola Flow that automates the process. 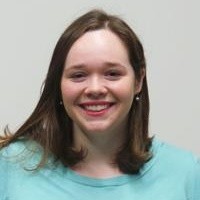