Why we designed so many modals into Parabola

Blog
/
Why we designed so many modals into Parabola
Design 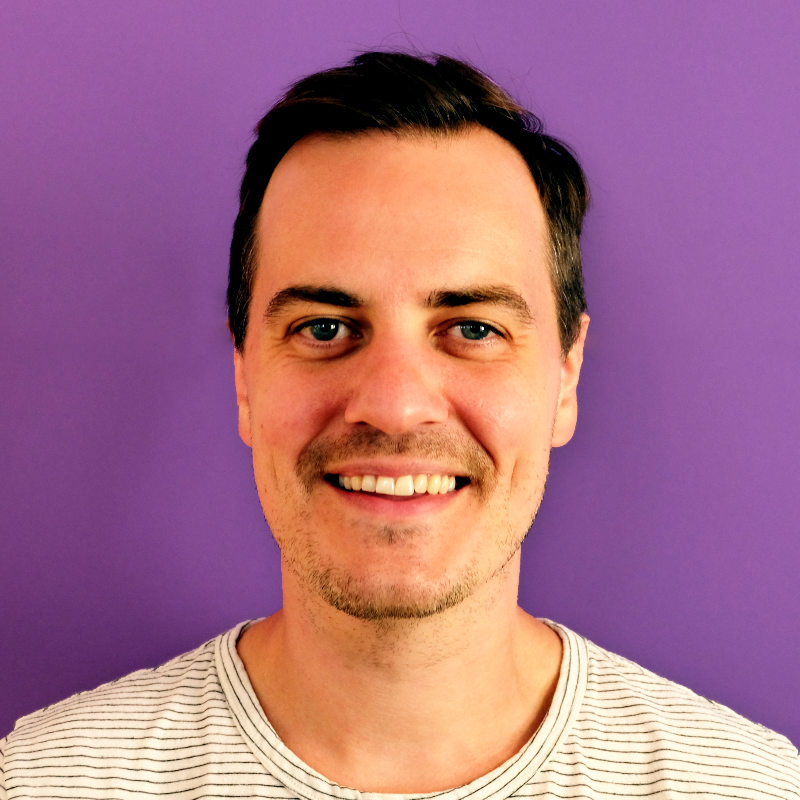 There are a few ways to define what a “modal” is, but I’ll stay practical: a modal is basically any smaller window that shows up over an interface that you’re using. This object obscures and prevents you from interacting with the site or interface behind the window, thereby putting you into a specific “mode” (hence the word “modal”) until you’re done interacting with this window.

A lot of users and Designers have a negative reaction to Modals, largely due to their use — especially in the Web’s past, but also today — as “pop-ups” that the user hasn’t asked for. But there are two kinds of modals:

Designers commonly conflate these types of modals, projecting the negatives of “surprise” (system-generated) modals onto otherwise-positive user-initiated modals. This shoddy overview from ui-patterns.com is a good example of this conflation and oversimplification … the mostly-negative community ratings at the bottom demonstrate my point.

But I really like modals 🤟, and we’ve found them to be a useful tool in our Design System at Parabola. Some of our rationale for using them is specific to Parabola, but other reasons are simply general UI design considerations. Let’s get into both!

Parabola lets operations managers, analysts, and other knowledge workers automate their work — even the most complex data tasks — through a no-code, drag-and-drop Flow builder. You can see a quick demo of the builder here:

A quick overview and demo☝️ of Parabola. Sign up for free at parabola.io/signup!

Parabola is an excellent tool — there’s a reason I’m so excited to work here! — but there’s no getting around the fact that users have to consume a lot of information to successfully automate a workflow.

Between these interaction needs — build a Flow, configure each step, run the result — it creates a lot of information density in even just the builder **portion of our app. We could have approached this challenge with a few interaction systems, but each has it’s merits and pitfalls:

Yes, this decision results in some downsides — like the visual weight we incur from having all of these dark shaders around our modals, and a risk of inflaming a “pogo-sticking” UX when users need to move around the builder. But, we’re confident that we can mitigate those issues with other Design choices, and that otherwise the tradeoffs are worth it 👍.

Our design system and UX benefit from using modals

The other reasons we have for leaning on modals are less about Parabola per se, and more about Product/Interaction Design decisions more generally.

Earlier I mentioned the focus of the task at hand that we see as an advantage of modals over, say, a multi-pane experience. That’s especially true for small, rare interactions that we don’t need a lot of interface for. For example, the average Parabola customer probably updates their credit card between zero and one times during their entire customer lifecycle. It’s a really rare need and a very discrete set of interactions.

Sure, we could support that with a dynamic inline UI (imagine the fancy transitions 🤩!), but that’d add another variable on every other design decision we made on that page (”is the credit card form open, or is it closed?”). Alternatively, we could make a dedicated page for this interaction.

But, for a rare action with simple interaction needs, why would we spend extra resources or extra information architecture on those experiences? Easier to put it into a discrete modal, instead, where this rare UX can be opened, resolved, and closed without a bother.

I think an underrated advantage of modals is that, with certain settings, they can clarify the states of editable content and ultimately save you interaction design and complexity.

The credit card form modal from earlier ☝️ is a good example of this: when you have this modal open, you can’t close it using an “x” (note that there is not one in this type of modal) or by clicking on the gray background. Instead, you actually have to click “Cancel” to cancel changes, or “Save card info” to commit these changes.

Say I was editing my credit card info here, but changed my mind midway through: given this UX, I never have to question whether or not these changes have been saved, or if I’ve already removed my old credit card information by typing new information in that field. We don’t need to throw exit warnings (”Discard pending changes?”) or have states ⚠️ to signal that the form is incomplete. When you’re doing this task, you’re just doing this little task — to do something else, we need to close this out and not leave it in an ambiguous state.

This same logic extends to larger modals, like the “step results” modal in the builder that we looked at earlier. There is even more configuration required in that environment, so modality is important in regulating which user changes are actually committed to the Flow, vs. which are discarded. We even use the dreaded “modal on a modal” when a user tries to leave a step with pending changes

When compared to traditional “pages” of information, modals have the advantage of maintaining someone’s location awareness: this certainly benefits us when a user is navigating both vertically and horizontally in the Parabola Flow builder. When they open a step, we open the step result modal, but the builder UI can still be seen underneath. This way, the user knows that they can return at any time, and that they’re still where they thought they were inside this interface.

You can even, ahem, “hack” ☝️ this location awareness to set expectations and maintain interest in your app in early usage. Our new user onboarding experience is partially a set of stepped modals 🧙‍♂️ that appear over the Flow builder. We’re trying to focus the user on the task at hand (we find this helps in learning a powerful data product), but we’re indicating that when they’re done with these few steps, they’ll be right there in the builder — and it comes true!

Sometimes, we put an action in a modal that is relevant from multiple locations in our product. A great example our “Share Flow” modal, which you could reasonably want to access from anywhere inside of a Flow, or from our Flows page where all of your teams’ Parabola Flows live.

By making this an end-to-end experience inside of a modal, we can just re-use this whole object in as many places as we want, without having to make room for it elsewhere or create new interactions to present it.

This one is a little further out there — we don’t currently have specific plans to bring Parabola’s Flow builder to mobile 😂 — but by using space more economically, modals allow us to support complex UI on smaller screen sizes. If we’d taken a multi-paned approach, we’d have to Design entirely new interactions to deal with smaller screens and, eventually, mobile devices.

Using modals, though, reflects the kind of “vertical” and “one thing at a time” navigation you likely experience on mobile devices already. In mobile apps and sites, you often operate from some sort of “hub”, and then chose item you want to focus on: that item is then “opened” as a full-screen experience where you can only interact with this object. It’s a “mode” that you’re in until you choose to leave it! 🙌

This is the kind of thing ☝️ that we think through when we’re building Parabola: Design Systems that serve intuitive interactions, that then save users time and empower them in their workplaces. It’s heady work 🧠, but we’re charting the future!

To come chart the future with us, sign up for Parabola or apply to join our team.

Blog
/
Why we designed so many modals into Parabola
Related Posts:
Design
Guides
Updating our web design breakpoints using Parabola
By building a Parabola Flow, I’m able to keep my Design team’s browser width breakpoints up-to-date and accurate, giving us consistent confidence that we’re designing for the right screen sizes. This simple automation saves me hours and gives me access to fresh data I otherwise wouldn’t have.

Alex Couch
Design Lead at Parabola
Company
Product
Parabola in 2021: Year in Review
As we look ahead to 2022, we look back on our major investments of 2021: bolstering team collaboration, making Flow building more delightful and powerful, and launching new integrations.